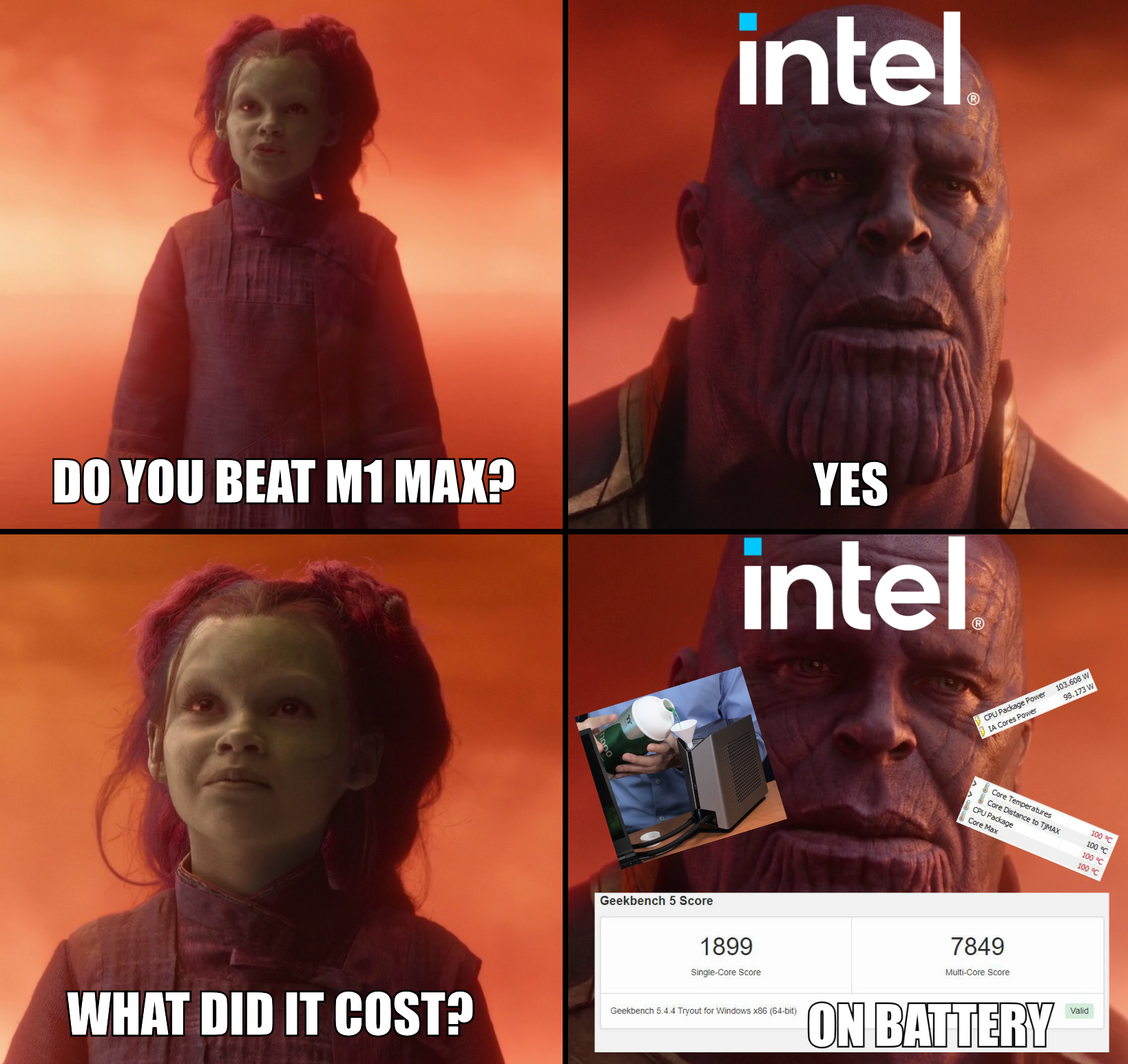 👍︎ 1k
📰︎ r/mac
💬︎
👤︎ u/CyberPask
🚨︎ report
A heartfelt Thank You to all the lovely people who helped me maneuver through snow in a wheelchair yesterday <3 (W. Broadway & Alder)

This is the first time I witnessed snow in my 30 odd years of life. I've recently moved to Vancouver from a place where it never snows. Yesterday, I was supposed to go out for lunch with this lovely girl I met on Bumble. We've met a few times before and she continues to want to meet me which is frankly, a new experience for me. The dating scene isn't too good for average men, especially if you're in a wheelchair. Wasn't going to take any chances; precisely why I decided to go out in the snow. Well, that and the fact that all pavements near my home were shoveled so I thought maybe the other main areas would be clean as well? Right? nope.

By the time I came 200m from my home, I quickly realized I've made a mistake. My power chair was able to go over 6" snow easily but there were stretches with even thicker snow, especially at the corner ramps (intersections), crossings and bust stops. I couldn't turn back home because she had already reached the restaurant and I was running late. Going back now would mean she would have to eat alone and go back. Frankly not the end of the world, but for once I've found someone nice,. I'm not letting snow ruin that for me.

I was unable to cross the street and reach my bus stop because there was very thick ice right next to ramp. Appears as if whoever cleaned the roads, pushed all snow to the side of ramp. I tried going anyways and needless to say, got stuck. Few folks rushed to help me through. When I reached the bus stop, there was knee deep snow. I thought I couldn't board the bus in a million years and decided to not go up to the stop (big mistake). Stayed back and booked a wheelchair cab (Yellow cab). They said 15mins and never come.

Finally, I went up to the stop and to my surprise, the bus driver got down and cleared the snow for me so he could open the ramp. Few folks jumped in to help. When I reached the destination stop, again there was snow. So the driver dropped me a little ahead which worked out perfectly.

While coming back, I had to cross the street to go the return bus stop. Lo and behold, stuck in the snow again while trying to climb the corner ramp at intersection around 6PM. This is when the heart of Vancouver went on full display. Folks came out of nowhere to help me get through. A lady started pushing snow with her legs. One guy passing by in a truck pulled over, took out a shovel from his trunk and paved the way for me. He even shoveled snow off the pavement near bus stop, so I could get in the bus wi

Hey, you might have heard of this mod for the alder lake socket.

tl;dr the CPU bracket ( Independent Loading Mechanism, ILM) applies too much pressure to the CPU and bends it, creating a dent in the middle which leads to poorer cooling performance.

It is proposed to counter this by shimming the ILM upwards using 1mm M4 washers. I did it.

results tl;dr I lost up to 8°C! This comes with a few disclaimers though. See below.

Case is the Phanteks Eclipse P500A, closed and no mesh removed.

I did two runs of Cinebench 23, both after a cold boot and some time to settle down after startup. Idle temp of the CPU is around 22-24°C in that stage.

Another important note: I did change the cooling paste from Arctic MX-4 to Arctic MX-5 when installing the 1mm washers! This is no scientific test setup!

Power Draw: max 202W, Average 181W (including a few seconds prior and after start of CB23)

Power Draw: max 197W, Average 184W (including a few seconds prior and after start of CB23)

Keep in mind that Cinebench is known for not having the same results between runs and I did only one run per setup. I don't think the actual performanced increased despite the points difference.

Since this has been a frequent topic of discussion here, I thought everyone would benefit from the advice of an alder in their weekly update (in response to the Cottage Grove Rd wreck):

"We can all do our part by rethinking and reducing the amount of time we travel by motor vehicle in Madison. Combine and eliminate trips where possible, use your feet or a bike or take the bus for trips where that is feasible, and please drive slowly and with great care when you are behind the wheel."

Seriously though, my first thought was this must be a joke. Drive less? That's the official response to last week's fatal accident?

As a community, is there anything else that my neighbors and I can do to help invoke change? 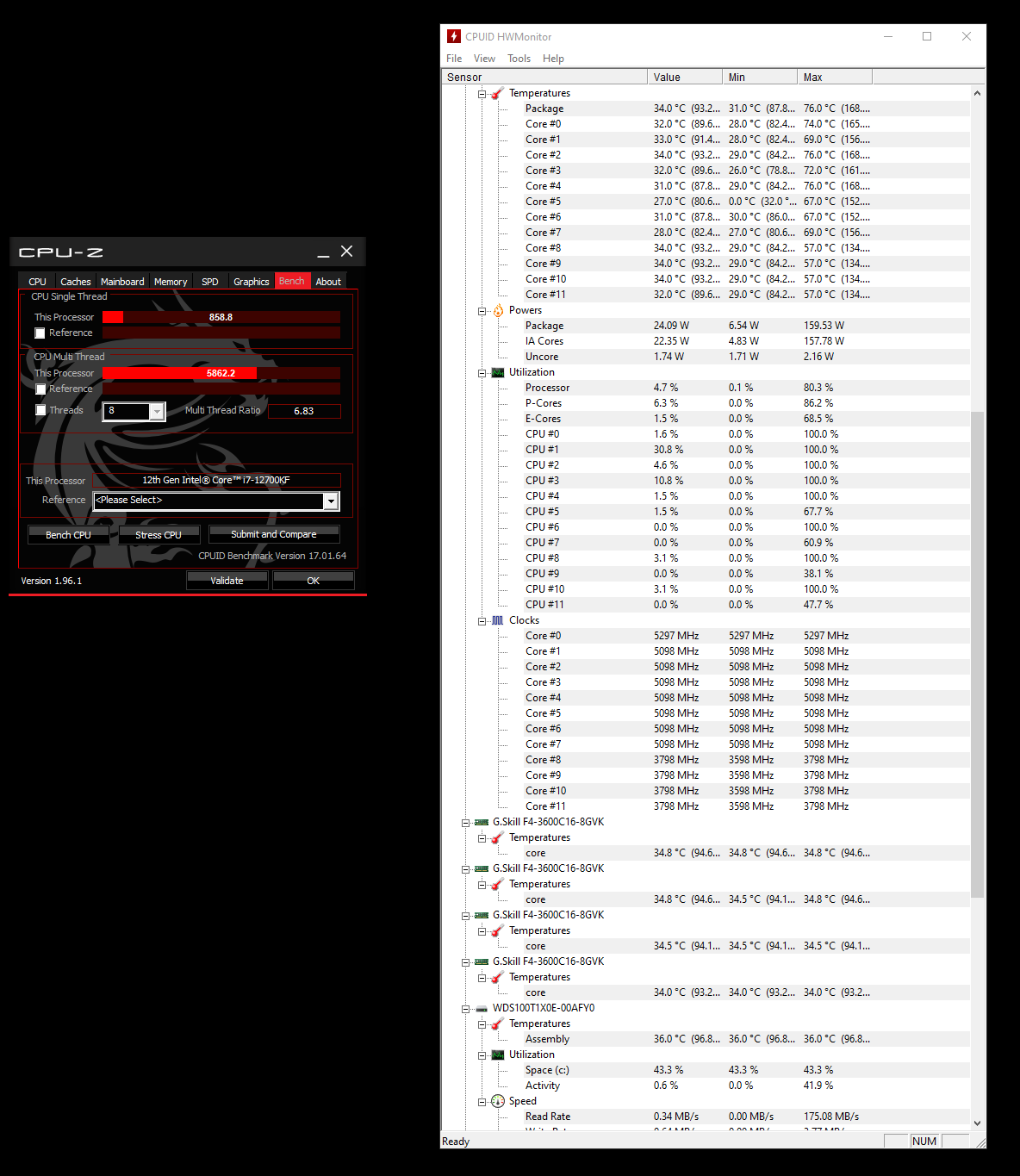 I believe a lot of people, including me, would rather upgrade our old zen cpus, instead of buying the new Intel platform, especially if AMD will have comparable CPU prices.

But instead, right now, it's basically a lottery: some peolpe get lucky with their motherboard manufacturer who cares about clients and some people get the short end of the stick, because they've chosen the wrong one (looking at your ASUS).

Could not find any summary online of what my options are, made one here, may assist someone else. Cheapest route might just be to abandon itx and get a new case... 😒

Table of all I have found so far with the features I care about, Majority are Asrock and Gigabyte, no one else seems to want to provide DDR4 in this form factor...

Background, purchased a 12900k replacing a 10850k, content editing PC(Photoshop/divinci resolve/lightroom). Currently using an old Node 304 case with a large noctua NH-U14s cooler, hoping for a clean swap, but really not wanting to spend more than $200 on the motherboard. Also hoping to put in an Intel alchemist card in here to replace the old GT1030 I have been using forever. I am n 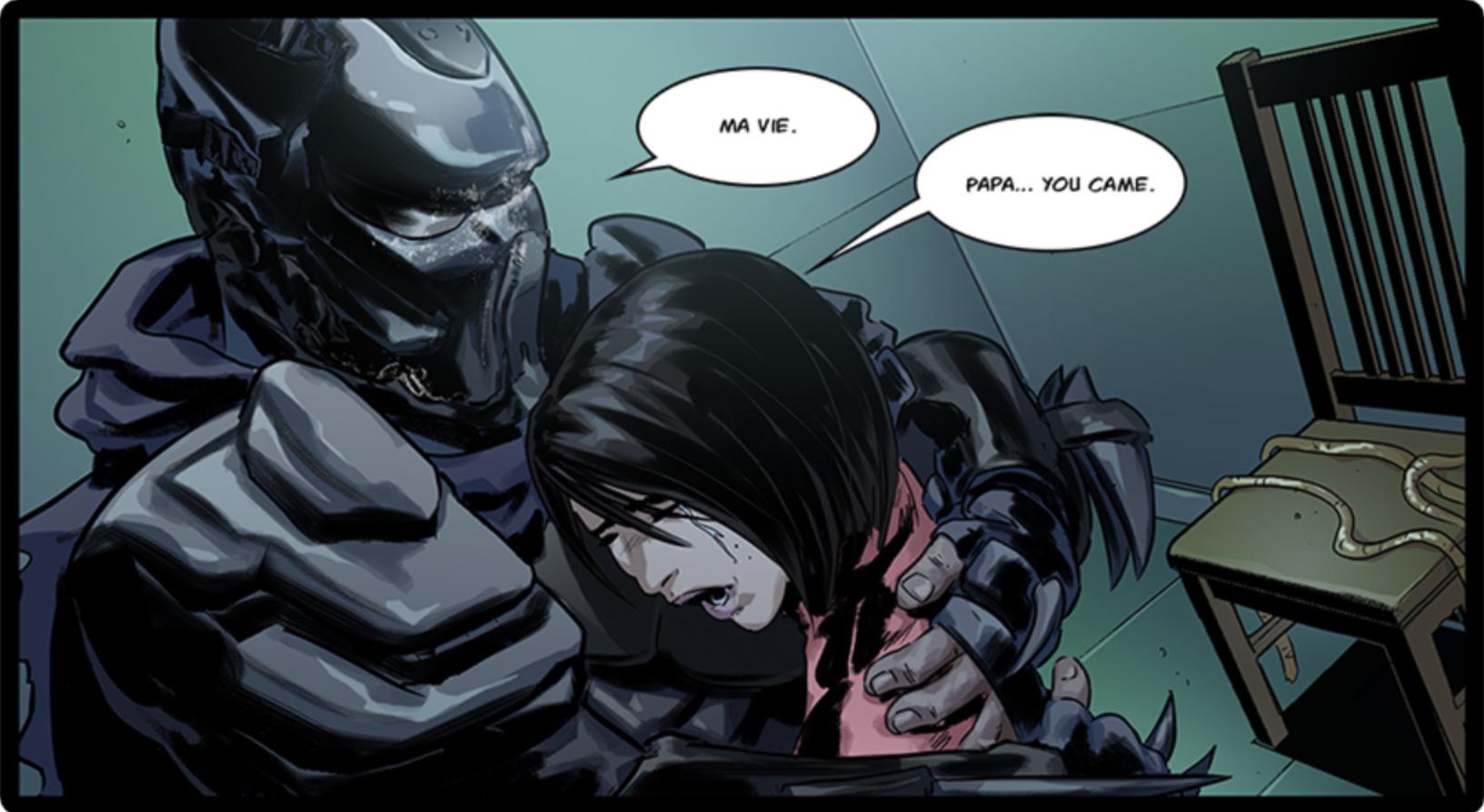 According to Igor's Lab next Bios revision will bring better DDR5 support but meanwhile Intel will disable AVX512 instructions which could be turned on via the Bios on Alder Lake cpus in the name of efficiency...

This is not a positive behaviour towards costumers and is not acceptable. If someone from Intel is reading this consider not implementing the change.

The non-K chips can get some performance gains by removing/changing the recommended power limits in the BIOS, as Tom's Hardware explains:

>We're sticking with our standard policy of allowing the motherboard to exceed Intel's recommended power limits, provided the chip remains within warrantied operating conditions. Some of our tests use the default lifted PL1 and PL2 restrictions. Almost all enthusiast-class motherboards come with similar settings, so this reflects the out-of-box experience with a high-end motherboard.

Where can I find a list of B660/H670 motherboards with BIOS that allows users to change the CPU power limits?

Is there maybe a manufacturer-specific keyword (buzzword) that I should be looking out for in their product descriptions?

If that information isn't out there yet, then does anyone know from experience if manufacturers have typically limited this to their "gaming" boards (TUF, ROG, etc.), or will this feature be there on all boards in these chipsets? 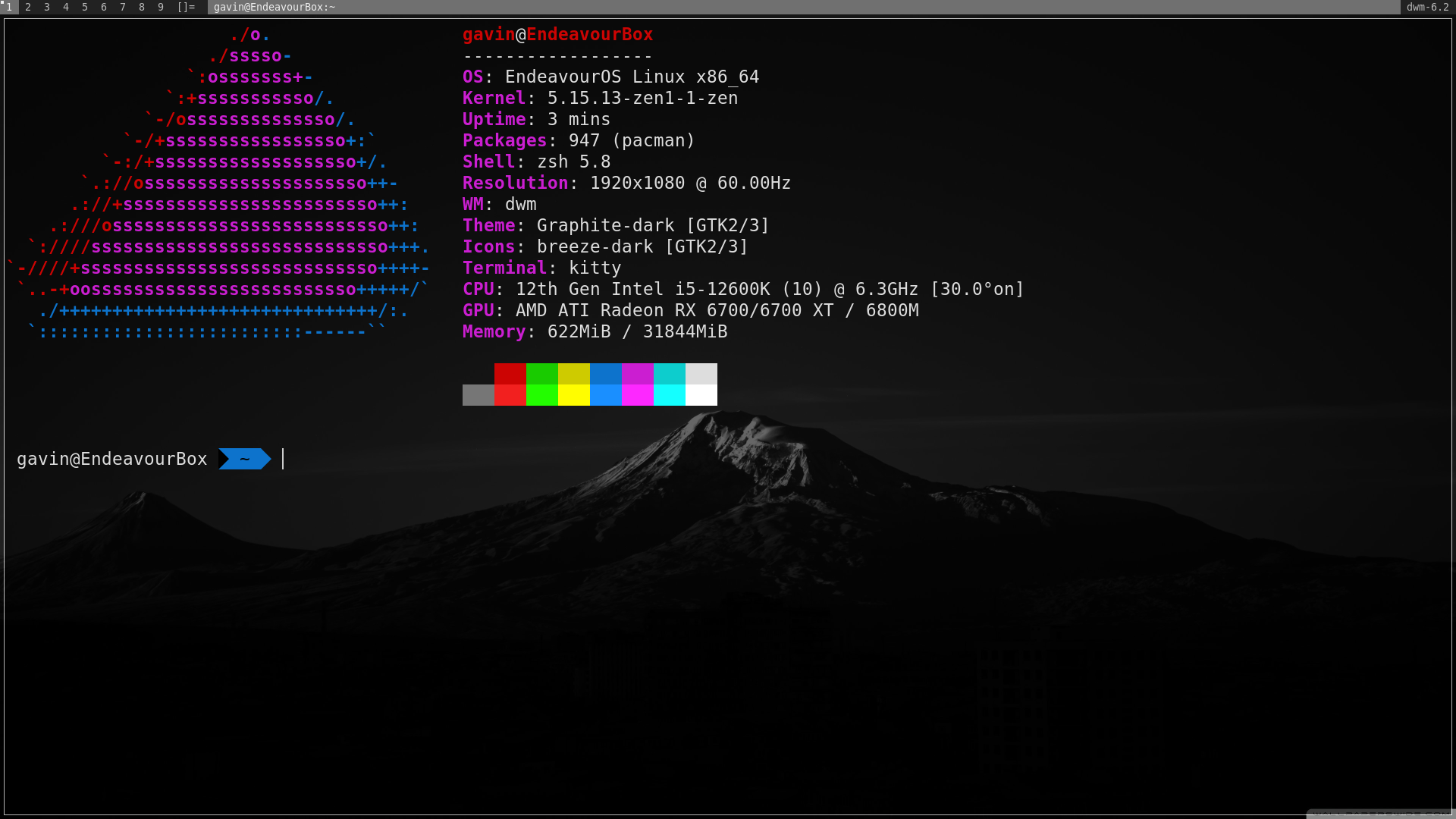 I'm in the market for a new laptop, and I was thinking of waiting for the upcoming Alder Lake SKUs. So I tried to do my research and ask around in order to see how they stack on up Linux, but I have heard mixed opinions and conflicting reviews, which I didn't take as a good sign. Furthermore, Phoronix has recently praised the Intel i5-12400K for Linux support citing the P-core only design is better for Linux:

> The Intel Core i5 12400 is a 6 core / 12 thread Alder Lake processor. Making it rather nice is that the i5-12400 is comprised entirely of the performance P-Cores (Golden Cove) without any of the power-efficient Gracemont cores. With going for an all P core design, it's nicer from the Linux angle in not needing to worry about any kinks or poor decision making by the kernel as to whether some tasks get accidentally placed on the E cores. So it's one less Linux support headache to worry about even though Intel has been working on Linux kernel improvements, motherboard vendors beginning to ship improved firmware, etc.

However, none of the Alder Lake-P (the sweet spot between U and H) laptop CPUs seem to have a golden cove only design, and they have a few P-cores surrounded by several E-cores, which looks like a sound decision from a power consumption standpoint considering these things are meant to be ran on battery power. However, reading the article above has given me the impression AL CPUs with E-cores are somehow less supported on Linux. I have had people tell me this is false, but I wasn't able to find anything in support.

To anyone who actually uses an Alder Lake CPU with P+E cores on Linux, how's your experience so far? How prevalent are the kinks described in the Phronix article? Considering I need this laptop with a mild degree of urgency but I am willing to hold off for a new-gen laptop if the speedup is significant, should I still wait for Alder Lake laptops or, if I want Linux, should I just opt out of them and get a Ryzen?