What do you call the act of rummaging around in a purse by a warthog that is good at talking to women?

👍︎ 2
📰︎ r/dadjokes
💬︎
👤︎ u/llahlahkje
🚨︎ report
Doctor arrested for theft. He checked the purse of his patient.
👍︎ 5
📰︎ r/puns
💬︎
👤︎ u/Outrageous_Desk_2187
🚨︎ report
I watched an old lady in a head wrap get mugged for her purse before she quickly stabbed the man and took it back.

It was a shawl shank redemption

👍︎ 26
📰︎ r/dadjokes
💬︎
👤︎ u/Bradb717
🚨︎ report
I accidentally gave my wife a glue stick from her purse, instead of her lip stick.

She still isn’t talking to me.

She replied “Thanks for the Baghdad”

I told her "That sounds like a purse-onal problem."

I'm sleeping on the couch tonight.

Me: be sure to finish washing your hands first, because otherwise you'll be CHANGING PURSES IN MIDSTREAM

A lady lost her handbag in the bustle of Christmas shopping. It was found by an honest little boy and returned to her.

The boy quickly replied, “That’s right, lady. The last time I found a lady’s purse, she didn’t have any change for a reward.”

👍︎ 2
📰︎ r/dadjokes
💬︎
👤︎ u/tfraymond
🚨︎ report
What happened to the purse when it was found at a crime scene?

It became an accessory to the crime.

Wife: "When I'm driving, and you are in the passenger seat, I have no place to put my purse!"

Me: "Yeah, its hard when there's another 'purse-in' here".

She'd heard there would be some change in the weather.

My sister, my dad, and I were waiting for our table at a restaurant. Dad sees my sister with her new Kate Spade purse.

Dad: "Why did you take that Kate girl's purse? It even has her name on it!" 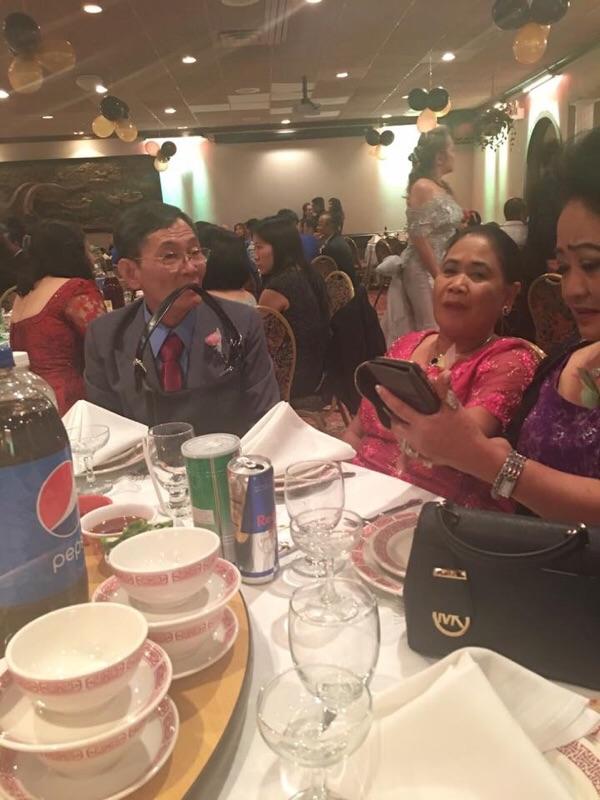 Remember, only come here for cringe, Because this is the ultimate Pun Collection.

I'm sorry for the cringe...

If they didn’t, why do we need anti-purse-per-ant

It’s my first time, be gentle.

It's a purse anole day for her.

You put it in a your wife’s purse

👍︎ 3
📰︎ r/dadjokes
💬︎
👤︎ u/JimReaperSr
🚨︎ report
How do you get money into your mouth?

You purse your lips

👍︎ 14
📰︎ r/dadjokes
💬︎
👤︎ u/FeedbackUSA
🚨︎ report
My wife's handbag is sorely in need of replacement. I offered to get her a new soft leather one, but she declined.

I guess she's not easily purse-sueded.

Her - "I love this little purse. I hardly ever wear it because it's so small. I'm always forgetting what's inside it. It's always exciting to see what I'll find!"

P.s. I don't know how to italicize.

She said she should have made a video and had blue purse at the end.

You take away her purse....

Then she becomes an anti purse parent!

I'm currently running my players through a D&D adventure titled "Curse of Strahd".

Last session, my players found a journal revealing details about the main villain, Count Strahd Von Zarovich. When they acquired it, I passed the adventure book over--opened up to an illustration depicting the journal's pages--and one of the players proceeded to read. After struggling for a bit, he said, "I'm having a tough time reading this cause it's so cursive."

Yes," I responded. "It's the cursive Strahd."

I had that one chambered and ready for weeks, just waiting for the right moment.

What my players don't know is that I'm also going to include a few other bits of flavor for my them to find as they progress through the game:

As my gf and I were going out to celebrate a friend's birthday, we had already forgot to put the card in her purse earlier. And once we get in the car:

She looks down at the sweater she's wearing.

Her: "I have four cents! -rummaging through purse-"

Me: "Actually, you were born also with a fifth sense."

Cue eye roll. Not the best work but it gave me a chuckle

Her: Wow, look at this coin purse. It cost twelve dollars.

Me: Why is it that expensive? It looks like it's worth less than half that.

Her: Well, you know...it is the Vera Bradley brand, and name-brand things always cost more.

Me: Well it seems like that is vera bradley priced.

It's a blessing, and a purse.

My girlfriend and I were talking on the phone while I was driving home from work. She was going to the grocery store(Giant) to pick up some things for dinner, and that she thought she had lost her Giant gift card, but had found it in her purse. I proceeded to ask her how she lost the gift card if it was so big. She was speechless. I was so proud.

So in my calculus class last year in math, there were these two Chinese twins. Ving, and Ling. Ving was always super cool with me. In exchange for answers (he was super smart) I would hang out with him and be his friend and stuff. After I cheated off of him and studied with him though, I did get to be his friend and we got very close.

His sister, Ling, was always uptight about school and she made sure to study, she got stressed about a B, etc. One day I was hanging out with Ving, and we started talking about names. He went off on this huge rant about how he hated his, and how he wanted to change it to something more Asian-American, like Lee. I told him that the Courthouse downtown had a form that you could fill to legally change it. He told me: "I always give you answers. If you could just drive me down to the courthouse this one time, I will never forget you. I just hate this god-forsaken Chinese name and I want to get rid of it forever."

He seemed pretty adamant about it, so I decided the best decision would be to take him. We walked out to my car, and right as I put the keys in the ignition Ling came running and tapped on the car door like a madman. I rolled it down and she started freaking out about how Ving's name had been passed down through generations and generations, but Ving didn't care. He just wanted to go down to the Courthouse and get it over with.

Ling figured that coming with would be the best idea, so if anything else came up that she would be needed for, she would be there for Ving. Honestly, I felt stuck in the middle of a family feud, so I just took her along. When we got to the Courthouse, Ving confidently walked up to the front desk and asked the receptionist if he could change his name. She gave him a little packet of paper and told him to sit down. Ling and I waited patiently while Ving filled out his info. I was watching him fill it out and I noticed he really did want to change his name to Lee.

Before he finished, though, he started tearing up. He told me he couldn't change his name. He asked the lady at the front that he couldn't do it, and she told him he would need twenty dollars to cancel the request. Ling was so relieved and happy that he changed his mind, she dug through her purse, found the money, and started to hand it to the receptionist.

It was at this moment that the most stereotypical Asian man burst through the doors. He was wearing a Hawaiian shirt, a visor, American flag shorts, flip flops, everything. This

This is a prank my dad used to pull, and I look forward to doing it one day.

When at a party, my dad would always take a few insignificant things. A knife, a spoon, a cloth napkin maybe a magazine. A week or so later he would mail it back to them with a note that read...

"I'm so sorry. My wife is a kleptomaniac and I found these in her purse. She is working hard on it, please keep this between us."

After my parents and I have our drink order taken, my mother tells my dad to, "Watch my purse while I go and get my food." He replies with "Watch it do what? It just sits there." Classic dad.

Optometrist: It's crazy. People will spend their money on purses, shoes, Starbucks, but they won't spend money on their eye health.

Me: Ah well. You see the world through a different lens.

Wife: Let me go upstairs. I have an idea for a purse.

Me: I think somebody already had the idea for the purse, baby.

Wife: (sighs in exasperation). I love you...

I had lost my work shoes(ballet style flats) today and couldnt find them. While at my work desk, i found one of my shoes in my purse!! I texted my roommate this weird anomaly and he found a great opportunity to lay down a cheesy response.

At dinner, my sister was going to pay for her husband'a and her meal. Her purse was sitting in the spare chair across the table.

Sister: I need my purse

I told her that was a purse-onal problem