I'll hire this guy for a contract 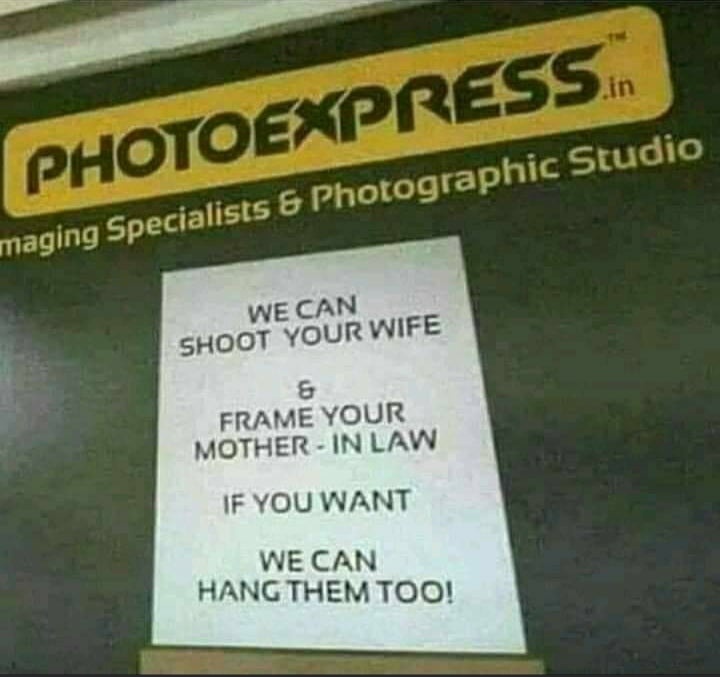 WHO let the dogs out.

I wouldn't accept his perms and conditions.

👍︎ 8
📰︎ r/dadjokes
💬︎
👤︎ u/KW-DadJoker
🚨︎ report
My brother was stressing that someone in our house could contract the coronavirus by going out for supplies.

My dad responded: "We could all be getting viruses from our computers right now."

👍︎ 5
📰︎ r/dadjokes
💬︎
👤︎ u/DesertWolf45
🚨︎ report
In my company, you have to agree to not shaving beard in the contract

It's called the Santa Clause

Too much violins on tv.

👍︎ 32
📰︎ r/dadjokes
💬︎
👤︎ u/slvrdiver
🚨︎ report
Even in places where grocery workers are allowed to unionize people who do bagging work have no say on what goes into each new contract.

Baggers can't be choosers after all.

He made a killing.

👍︎ 3
📰︎ r/dadjokes
💬︎
👤︎ u/D0tBlue
🚨︎ report
I took my daughter to adopt a cat at the shelter. I was surprised we had to sign an itemized legal contract with expected costs. When I told the clerk I thought rescuing a cat would be free...

She told me ”Dad, If you want a cat, you should expect a fee line.” I’m so proud!

👍︎ 17
📰︎ r/dadjokes
💬︎
👤︎ u/Tarynxm
🚨︎ report
What does a Tyrannosaurus Rex get when he contracts an STD?

👍︎ 46
📰︎ r/dadjokes
💬︎
👤︎ u/andyraf
🚨︎ report
As a lawyer, I don't mind if my clients write up their own contracts

But I NEVER let them put anything at the bottom of the page.

That's where I draw the line.

👍︎ 36
📰︎ r/dadjokes
💬︎
👤︎ u/lanspread
🚨︎ report
What is the sexiest part of a contract?

A man was very unhappily married and tired of being in debt. So he figured out a way to resolve both of his problems with ease. He started by taking out a life insurance policy on his wife, naming himself as the sole beneficiary. Then, he spoke to a friend, who had a friend, who knew a guy who made people "disappear". He met with the gentleman, Artie, and they set up the plot to murder his wife. Artie said it would only be $5,000, but he wanted it upfront. The man, not having much money, opened his wallet and showed Artie the lone one dollar bill. Reluctantly, Artie took the dollar as a down payment. A few days later, Artie followed the wife into a grocery store, and back to the deli section. There was no one else around, so Artie took the opportunity to strangle her to death. Just as he was laying her body down, the manager walked out to witness this scene. Not wanting to leave any witnesses, Artie murdered the manager as well. Unbeknownst to Artie, the store's security witnessed all of this unfold from the hidden cameras around the store. By the time the manager was dead, the police had arrived and arrested Artie. The following day, the front page of the local newspaper read, "Artie Chokes Two For One Dollar at Your Hometown Grocery Store!"

To be clear, WHO let the dogs out.

To be clear, WHO let the dogs out.

To clarify, WHO let the dogs out