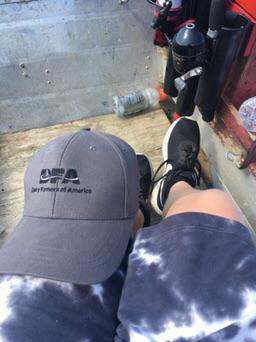 👍︎ 5
📰︎ r/dadjokes
💬︎
👤︎ u/BioSlothInfinite
🚨︎ report
What did the kneecap say to his dad at the boring party?

My dad is really proud of this one. It's the only joke he's ever told that's been funny enough to make somebody laugh so hard that they spit out of their nose. It was a once-in-a-lifetime opportunity for this joke, so let me give you some context first:

He's been in a motorcycle accident (hit and run by an illegal immigrant), and had to have most of his vertebrae fused. They use titanium rods to hold your back from bending, so as you can imagine its kind of a major operation. His doctor prescribed a year (or longer if needed) of massage therapy, which he was thankful for. Twice a week he went in to a small clinic for a few hours at a time, and usually had the same masseuse. Let's call her Marge.

After four months of therapy they of course got to know each other very well. He was always faithful to my mother, but he was good friends with Marge. Their conversations range all the way from baseball to differentials, and everything stays platonic.

Here's where the story begins:

During a massage, they are having an energetic conversation, the time comes where he turns onto his back so that she can get to his knee ligaments (chainsawed his kneecap a few years prior, doc said may as well get there too). She goes at it like normal, and the conversation continues. Now here comes the part that made my dad wait to tell me this until recently: The "stimulation" in his knee for some reason, on that day out of all others, triggered a reflexive erection. There was nothing he could do to stop it.

The conversation goes quiet. Marge notices, but doesn't say a word. She remains professional. She continues working. My dad is more embarrassed than he's ever been. Several minutes of silence pass, and my dad cant take it anymore.

"Marge," he says, "I think we need to talk about the elephant in the room."

He raises his head to look down the table at her. He glances at it, then back to her. With a slight shake of his head he says:

"Wait nevermind, it's only his trunk"