My wife Belle made a great feast for Easter dinner.

After my first serving, I was still hungry so I asked for 'more cow Belle.' 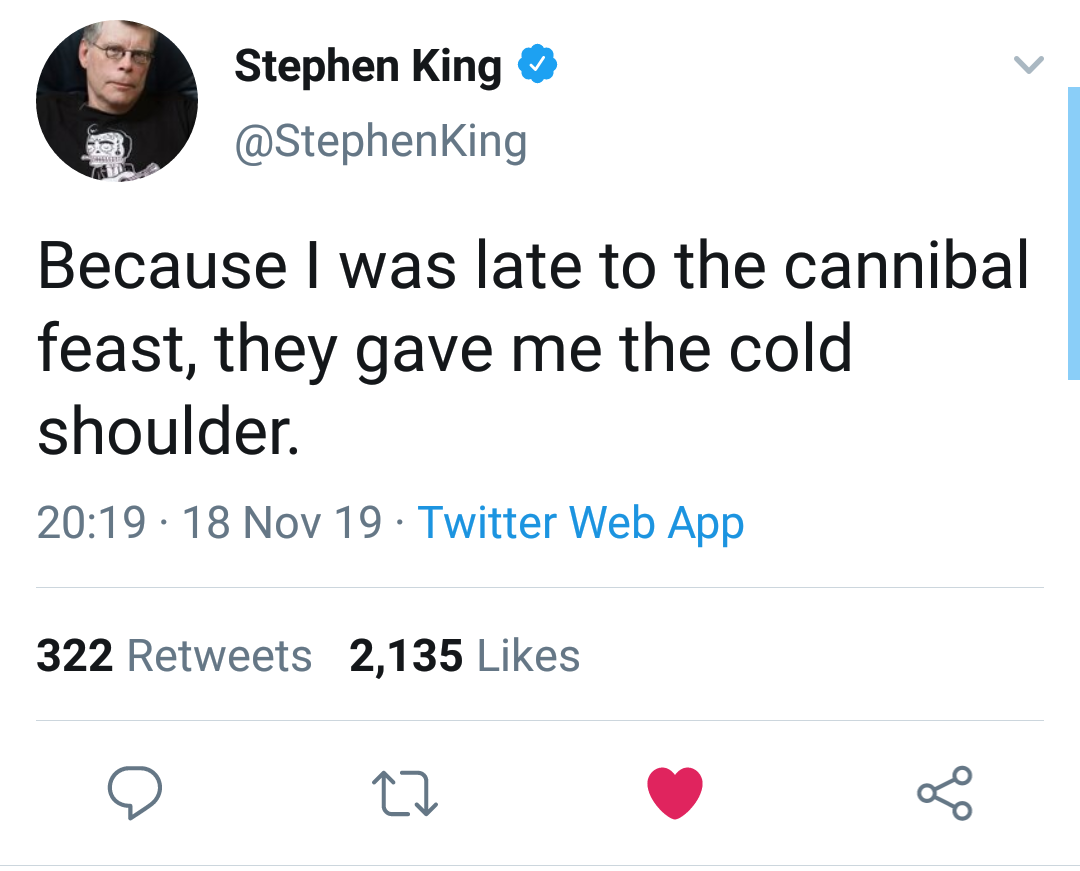 👍︎ 4
📰︎ r/dadjokes
💬︎
👤︎ u/Campagnolo412
🚨︎ report
Did you hear about the psychic who was captured by cannibals? They had to very carefully prepare to eat him for the tribal feast.

Because very rarely is a medium well done.

👍︎ 23
📰︎ r/dadjokes
💬︎
👤︎ u/thomasbrakeline
🚨︎ report
What do you call when cute girls line up for a feast?

"Who wants to order some pizza!?"

👍︎ 7
📰︎ r/dadjokes
💬︎
👤︎ u/xpensivewino
🚨︎ report
I was diagnosed with Dunlaps Disease shortly after feasting my way through the holiday season...

Yep, my belly dunlaps over my belt.

One's a funny beast and the other is a bunny feast.

👍︎ 12
📰︎ r/dadjokes
💬︎
👤︎ u/wimpykidfan37
🚨︎ report
Three boys go into a haunted house. One brought a knife, one brought a gun and one brought some cough drops

They crept in. It was pitch black and stone quiet. They were suddenly starting to regret this dare. Stupidly, only one brought a flash light. The aggressive darkness and inky black yielded with grudging compliance but always seeming to push back. They moved cautiously onward amid the dust and cobwebs. The floor creaked. They breathed in tight, quick breaths. You could hear a pin drop.

Suddenly, there was a deep moan. "OOOOOOOOUUUUU". It seemed from below them. The house had been abandoned for years. Who or what could make such a sound? The boys looked at each other, but continued on, hearts pounding in their chests.

As they proceeded into the kitchen they encountered a swarm of flies. Buzzing and beating their necks and faces, they rushed and stumbled to the door, not stopping to see what they were truly feasting on. They slammed the door behind them. Maybe a body? But no way were they going back to find out. And again came the sound, "ooooOOOOOooooOOUUU" but louder this time, and closer.

They proceeded through the dark into the dining room. They saw a fully set dining table covered in cob webs. Dust-covered regal-looking glasses, goblets and silverware adorned the table. Spiders climbed on ivory plates. Clearly a house of privilege and set for a grand feast which never happened.

Or, perhaps, met a fatal end?

They pushed on. But again that unearthly howl.

They found the basement staircase, and from below, the sounds seemed to be emanating. Could they proceed? Would they? Did they dare? Two of the boys looked at each other, faces filled with worry.

But the third said, confidently, "We're going down there." Not wanting to seem the weaker, the other two boys steeled themselves and nodded.

The stairs creaked and groaned evily under their feet. The rickety banister shook in angry defiance. Insects and vermin scattered underneath them with every step. They were descending into hell, they knew, but none would turn back.

And the sound: "oOOOOOOOOUUUUUUUUuuuuUUOOOO". Now loud enough to fill not only their heads but seeming to claw at their very souls!

Now at the basement door! The antique, crying squeak of the hinges eeeeeeEEEEEEEEEEee made the boys wince and almost cover their ears. But they had to know. WHAT is making that horrible, terrible sound?

In the center of the basement lay an unholy coffin! A twisted artistic expression of murder, decay and

👍︎ 12k
📰︎ r/dadjokes
💬︎
👤︎ u/billbixbyakahulk
🚨︎ report
Buying groceries for Thanksgiving with my girlfriend and our total was $106.66...

...The number of the Feast

Months later there was a trial and he was found guilty of manslaughter in the highest degree, a capital offence in that land, and sentenced to die by electric chair. Punishment came swift, unlike most places, and 3 days after sentencing the former railroader was asked for his last meal.

"I'll have a banana," "Just a single banana?" said the perplexed guard. "The warden will grant you a feast and all you want is that?"

"Just a single banana." he said.

After he downed the fruit, he was strapped into the electric chair an hour later.... The warden hit the switch, lights flickered, and the crackle of electricity could be heard for over a minute...

...but our train jockey instead rose from the chair looking more like he got a stiff massage, rather than be put to death! Well in that nation, the law of the land states that if a man somehow survives being put to death, they must be set free...

...And so it came to pass that our engineer was let go...

And for whatever reason, he got his job back!

So he was back railroading again doing the job that he loved. You'd think he'd have been more cautious with this second chance he'd been given, but you'd also be wrong. Speedy Gonzales with a train license decided to gun his locomotive to hard and send it off the tracks again!

Of course, this time he was tried for the same crime, but at a different time (his was a fair commonwealth and double indemnity was simply unheard of!) So fair was their nation, that the jury came up with the same judgement and punishment. So three days later, when asked for his last meal, the engineer simply said "I'll have 2 bananas..."

Not less than 60 minutes after consuming the last morsel was he strapped into the chair and the switch thrown... And....

👍︎ 31
📰︎ r/dadjokes
💬︎
👤︎ u/onmugen
🚨︎ report
The time my Dad went above and beyond the call of duty, at a formal dinner party

A fancy Christmas dinner party at his new wife's opulent, sandstone estate house. Plates are being cleared from the lengthy, mahogony table that seats the fourteen well-to-do guests, the main course having just finished. All have feasted gloriously on our Christmas fare.

My Dad, playing the good host, picks up two bottles of wine, one white and one red, and proceeds to do a round of the table, chatting amiably with everyone as he circles. Those whose glasses are less than 90% full, he proceeds to top-up. I am sitting in the very centre of the long table, seated directly opposite a very well off lady in her early sixties, by the name of Margaret. My dad, having just topped off my glass, is now standing directly behind me.

This older woman, full of grace and charm, looks to my Dad and says, "Thank you so much for this glorious meal, John. It's been simply divine."

My Dad, "Not at all, Margaret, not at all. Could I charge your glass?"

My Dad, quick of wit, and with a sneaky - yet charming - grin on his face, responds, "Ah, well, better that than a frontal lobotomy!"

I've never been more proud of him.

They were in the pasture munchin' on all their grass, but they realise that they are almost out of grass to eat, and that the pasture next to them has untouched grass. "I'm going to that pasture" said the big bull. So he reared up, and smashed through the fence into the pasture and proceeded to eat. The other two bulls followed and started to eat.

"Hold up" the big bull exclaimed, "I did all the work to get into this pasture, you two find your own."

So the medium bull found another pasture to break into, reared up, and smashed into the pasture next to the new one. The medium bull starts feasting on his new grass. The small bull follows suit.

"Hold up" Said the medium bull. "This is my pasture. Find your own."

Moral of the story: a little bull goes a long way.

Quote from "A Feast for Crows," between Arya Stark and a guy known only as the kindly man at this point in the book:

“Will you show me how to change my face?”

“If you wish.” He cupped her chin in his hand and turned her head. “Puff up your cheeks and stick out your tongue.”

Arya puffed up her cheeks and stuck out her tongue.

“There. Your face is changed.”