👍︎ 10
📰︎ r/dadjokes
💬︎
👤︎ u/danny688
🚨︎ report
There was a big poetry contest and it cane down to two finalists, an English proffessor and a native American. They had to improvise a poem from a word that the judges gave them. The word was Timbuktu...

You know why deer get hit by cars

Because their horns dont work 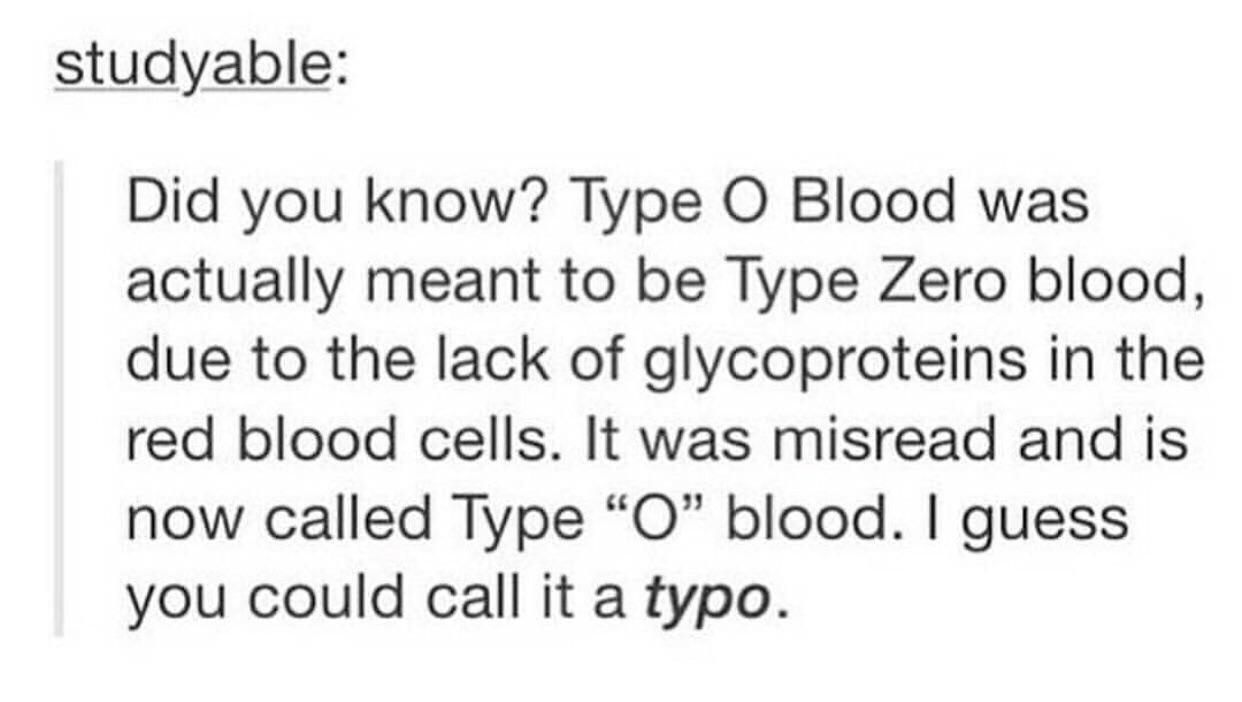 Because they drank the 't'

It was from ancient Greece

The nurse asked the rabbit: "What's your blood type?" 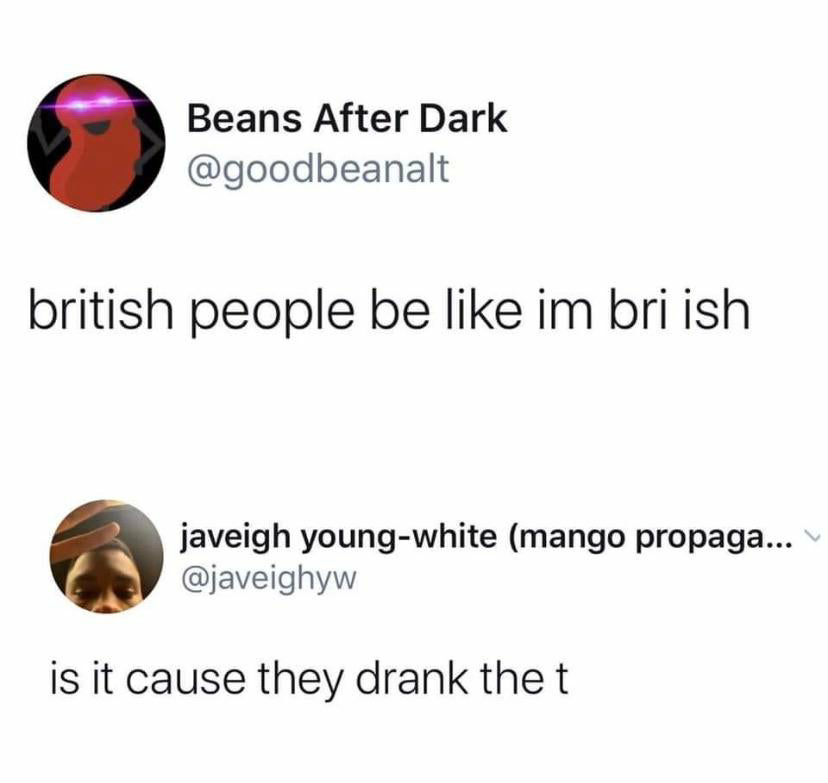 👍︎ 13k
📰︎ r/puns
💬︎
👤︎ u/shampoo_and_dick
🚨︎ report
What do you call a teacher that would never break wind in public?

He found his way to the men's department where a young lady offered to help him. "Quiero calcetines," said the man.

"I don't speak Spanish, but we have some very nice suits over here," said the salesgirl. "No, no quiero trajes. Quiero calcetines," said the man.

"Well, these shirts are on sale this week," declared the salesgirl. "No, no quiero camisas. Quiero calcetines," repeated the man.

"I still don't know what you're trying to say. We have some fine pants on this rack," offered the salesgirl. "No, no quiero pantalones. Quiero calcetines," insisted the man.

"These sweaters are top quality," the salesgirl probed. "No, no quiero sueter. Quiero calcetines," said the man.

"Our undershirts are over here," fumbled the salesgirl, beginning to lose patience. "No, no quiero camisetas. Quiero calcetines," the man repeated.

As they passed the underwear counter, the man spotted a display of socks and happily grabbed a pair. Holding them up he proclaimed, "¡Eso sí que es!"

"Why didn't you just spell it in the first place?!" yelled the salesgirl.

👍︎ 89
📰︎ r/dadjokes
💬︎
👤︎ u/cyberentomology
🚨︎ report
A woman is walking through the park when she sees a very attractive man sitting on a park bench. He's reading a book and eating some fruit out of a Tupperware container. Slowly the woman gathers the courage to go ask the man out...

So, she walks over and takes a seat next to him on the bench, turns to him and says, "Sorry to bother you. I know this may be a little forward but I would love to grab coffee with you some time."

Flattered, the man responds, "Sure... but what makes you so certain you and I would get along so well?"

"Well..." the woman says. "A couple things, actually. I noticed you were wearing an Iron Maiden t-shirt. Iron Maiden are my favorite band of all time. When they went on their reunion tour in 1999, my parents took me to see them in Cleveland. I was 12 years old and it was the first concert I ever went to. I absolutely love Iron Maiden."

The man can't believe it.

"I saw them play Cleveland in '99! First concert I ever went to on my own. My best friend Jimmy Spitz and I told our parents we were sleeping at each others' houses, snuck out, took a bus into the city and saw them play at the Plain Dealer Pavillion!"

Naturally, they're both shocked.

"If that isn't weird enough..." says the woman. "I noticed you're reading Mark Twain. I was a communications major in university and I actually wrote my thesis on Mark Twain and how he used satire as a lens to comment on current events of the time, comparing him to satirical news sources of today. He's my favorite author."

Now the man is really taken aback, "Get out of here! I was an English major in university! I specialized in 19th century American literature and this is like my fourth or fifth time reading Tom Sawyer, I absolutely love Mark Twain."

They both can't believe it...this has got to be a match made in heaven.

"Ok..." the woman says. "Well, buckle up because here's the icing on the cake. I noticed you're eating a prune. Prunes are my absolute favorite fruit. When I was a kid, my grandfather lived on a farm. He had an orchard that mainly grew apples and some lemons, but he knew how much my sister and I loved prunes so he kept a couple of plum trees. Every year at the end of the summer, we'd go up and harvest the plums with him. He'd dry them and by the time we'd go back to his place for Thanksgiving he'd always have those prunes saved just for us. They're my favorite fruit! I love prunes, you're eating a prune, this has got to be fate. What do you say?"

The man puts down his fruit and responds, 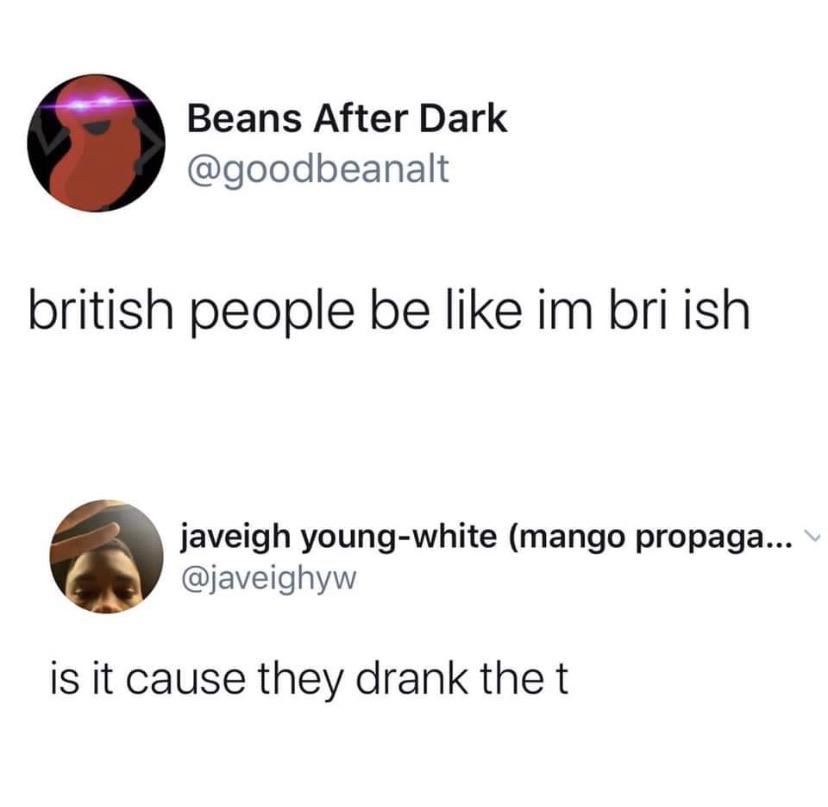 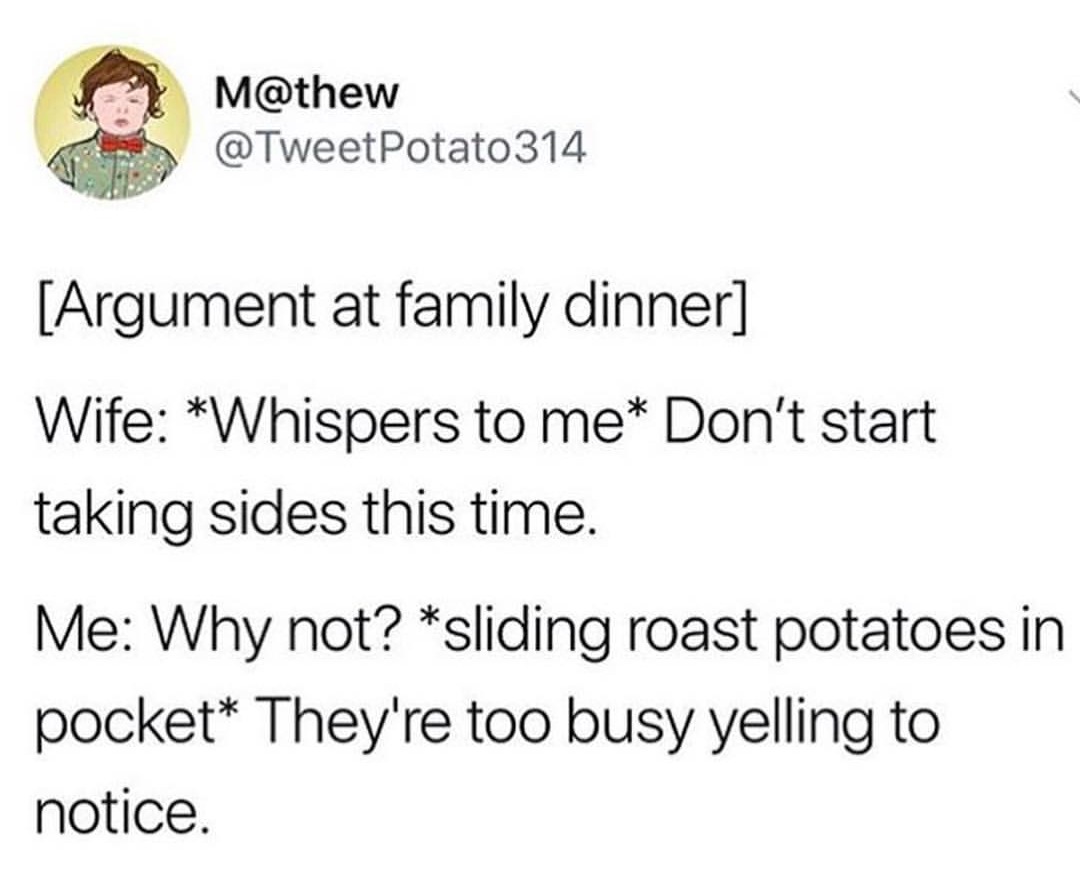 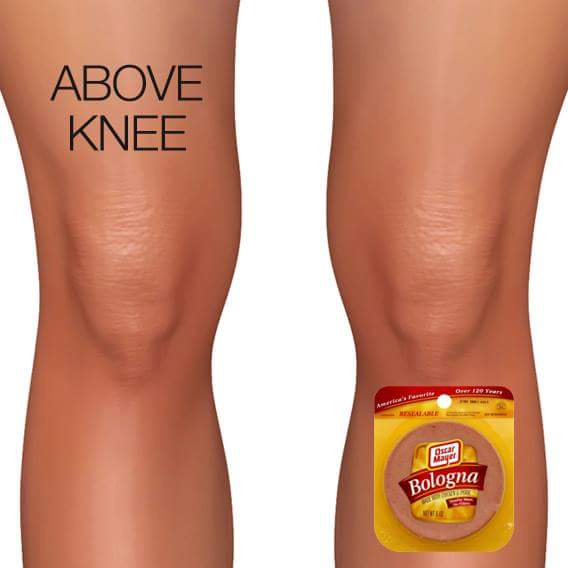 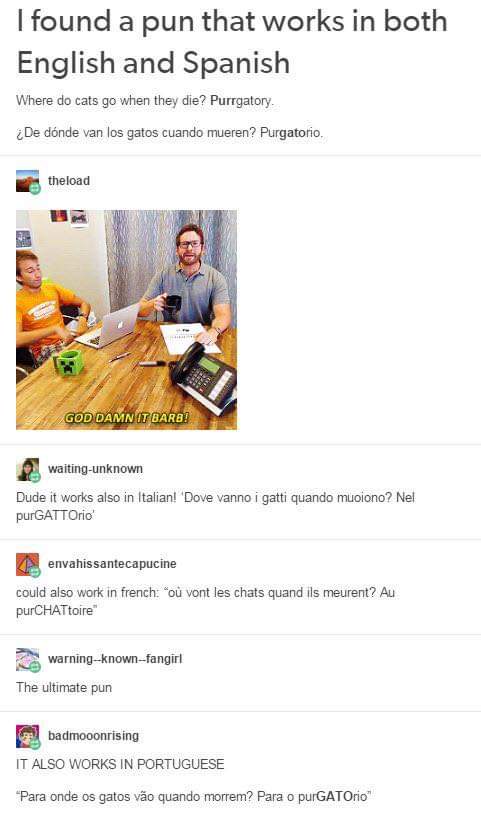 "You have to," he insisted.

"Well then, you'll have to fight me for it."

So we fought, and he absolutely battered me. Left me bloody, bruised and beaten.

"No," I told him, wiping my lip. "Because it was clearly a waste of money."

If they had 4 it would be a chicken sedan.

My Son: That only works if I said I was Hungarian...

Me: I could never make fun of a foreigner's poor English...

During dinner, I compared how Son #2 [4yo] was eating his spaghetti to an anteater. This sparked the following conversation.

Son #1 [7yo]: "Then you wouldn't really eat very much spaghetti. Ants eat just a little because they're so small."

Me: "Well, did you know it's pretty likely that, eventually, your sister will grow up to be an aunt?"

[Kids look confused. Son #1 has worked out the pun, is rolling eyes.]

Wife: "He's right. We helped do it to Auntie Leah."

One of my coworkers is a transsexual. He (formerly she) was telling me about some of his struggles.

"I had to go up to the corporate level in order to be able to use the restroom. Some people here were uncomfortable with me using either the mens or women's room when they found out."

"So, what you're telling me is. You had to fight for your right to potty?"

At first he facepalmed and sighed, admittedly I was a little worried I might have offended him... But he did get a chuckle out of it.

The same thing that Arkansas

👍︎ 1k
📰︎ r/dadjokes
💬︎
👤︎ u/nemesisfactor
🚨︎ report
My mate, Skippy, is a bit of a nerd. Just last night he spent 2 hours telling me about all the characters named Kang.

For instance, Kang the Conqueror is a fictional supervillain appearing in American comic books published by Marvel Comics. In 2009, Kang was ranked as IGN's 65th Greatest Comic Book Villain of All Time

In the Simpsons , Kang is a Rigellian from Rigel 7. He and his sister Kodos continuously try to take over Earth and are usually seen attacking Springfield. Kang and Kodos have a lot of space weaponry at hand and have their own spaceship. They speak the Rigellian language, which, by coincidence, is identical to English. Although they look identical, Kang has a deeper voice than Kodos.

I guess you could say Skippy is a Kang Guru...

👍︎ 5
📰︎ r/dadjokes
💬︎
👤︎ u/AustralianGroan
🚨︎ report
Dad and daughter come into the restaurant I work at. He was crackin me up the whole time.

They are looking through the menu and the dad points to the falafel appetizer.

Dad: How do you pronounce that one?

Dad orders his daughter a slice of cake for dessert.

Me: (to daughter) Here's your dessert. and (to the Dad) I brought you a fork in case you wanted some too.

Dad: Thanks! I love fork! (begins to pretend to eat fork)

Me: I only have two.

I had to explain it, but then she slapped her forehead. I know, she only has one.

American: "Why is your wheel on the wrong side?'

English man responds: "No, the steering wheel is on the right side."

👍︎ 20
📰︎ r/dadjokes
💬︎
👤︎ u/Ninhnguyenz
🚨︎ report
My niece got me with this a year ago, it came up on an "On This Day" post in FB yesterday.

I'm a deaf man and I communicate via a combination of American Sign Language and English spoken language. My niece and I were sitting at a restaurant enjoying ourselves when she looks at me and signs, "I'm so glad I know sign language. It's really handy!"

I actually facepalmed on this one for the second time when it came up in my newsfeed yesterday. I'm such a proud uncle.

My wife: (reading Reddit titles) "TIL The first Native American who met the Pilgrims at Plymouth Colony walked into their encampment and greeted them in English."