This is one sweet pun 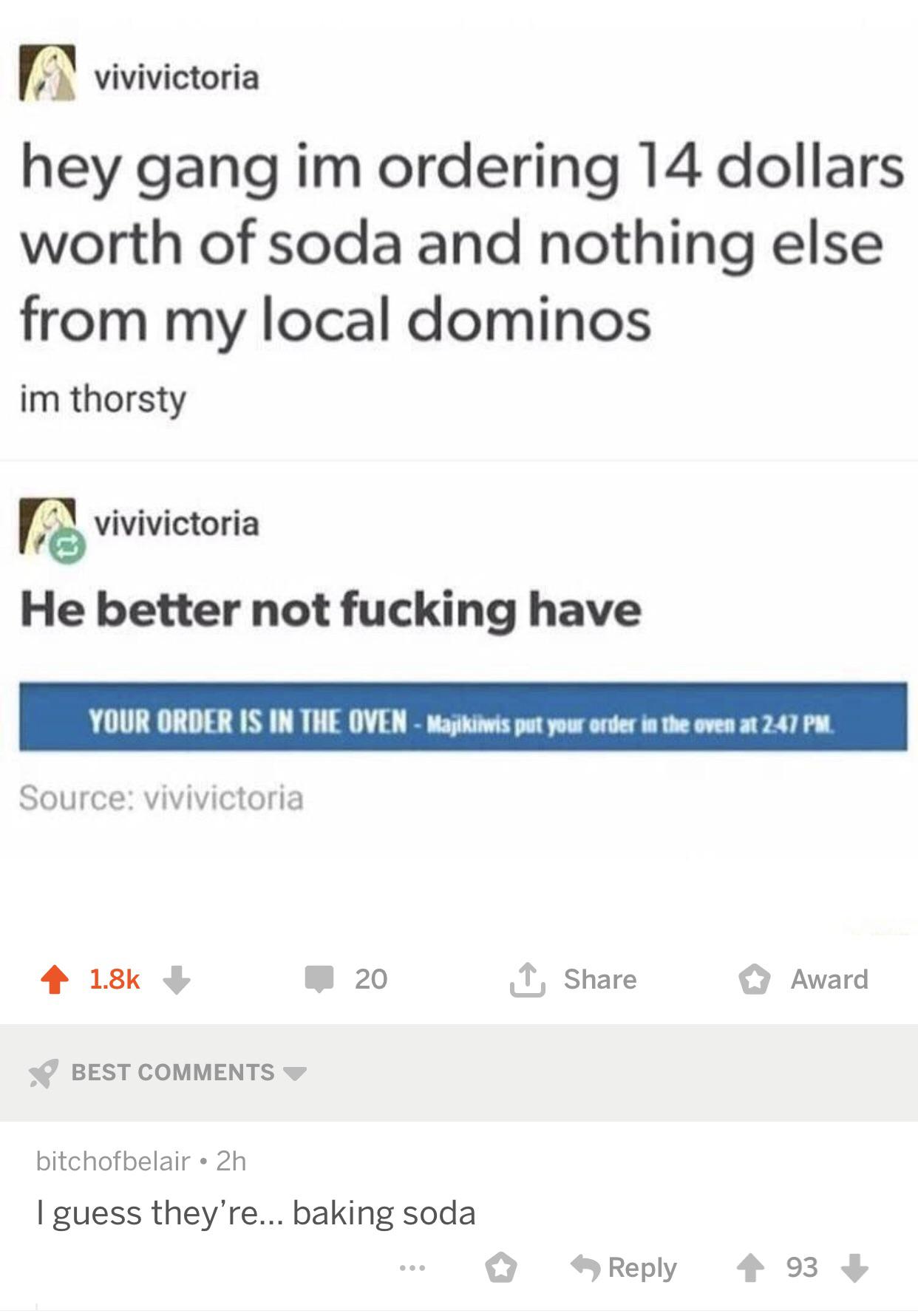 👍︎ 15
📰︎ r/dadjokes
💬︎
👤︎ u/_XSummerRoseX_
🚨︎ report
My wife gave me an ultimatum. It was either her or my addiction to sweets.

The decision was a piece of cake.

Refer to god as the I Yam

But I guess it was a fig mint of my imagination.

They believe it’s the tomb of Pharaoh Rocher

One is a heated yam, and the other is a yeeted ham.

Shem would never take enough berries and would complain every time "Ugh! These berries are so sour! Why did we bring these plants?" Noah would reply "I've told you over and over, you need to eat a couple more in a mouthful to make them sweet."

Ham would always take too many berries and would complain every time "Ick! These berries are so bitter! I'd like to toss the plants overboard." Noah would reply "I've told you over and over, you need to eat fewer in a mouthful to make them sweet."

Japeth would grab a random amount and whenever they were bitter or sour he'd complain "Why do these berries never taste the same? We should let the animals eat the plants so we don't have to eat the silly berries." Noah would reply "I've told you over and over, you should remember how many berries taste the best."

After a couple of weeks of this, Noah announced "I'm taking charge of portioning the berries. I've made notes of how many of them taste the best for me, my wife, all of you my sons, and your wives. At meals I'll give each of you the correct amount, and NO MORE COMPLAINTS!"

Another week passed and Japeth wanted some berries to take the edge off his hunger, but rather than wander all over the whole ark looking for his father he asked Emzara "Where's dad? I'd like some berries before lunch."

Emzara pointed to the storeroom and said "I thought you were tired of the berries? But there's Noah, counting for taste."

But who am I to disagree?

I think therefore I Yam. 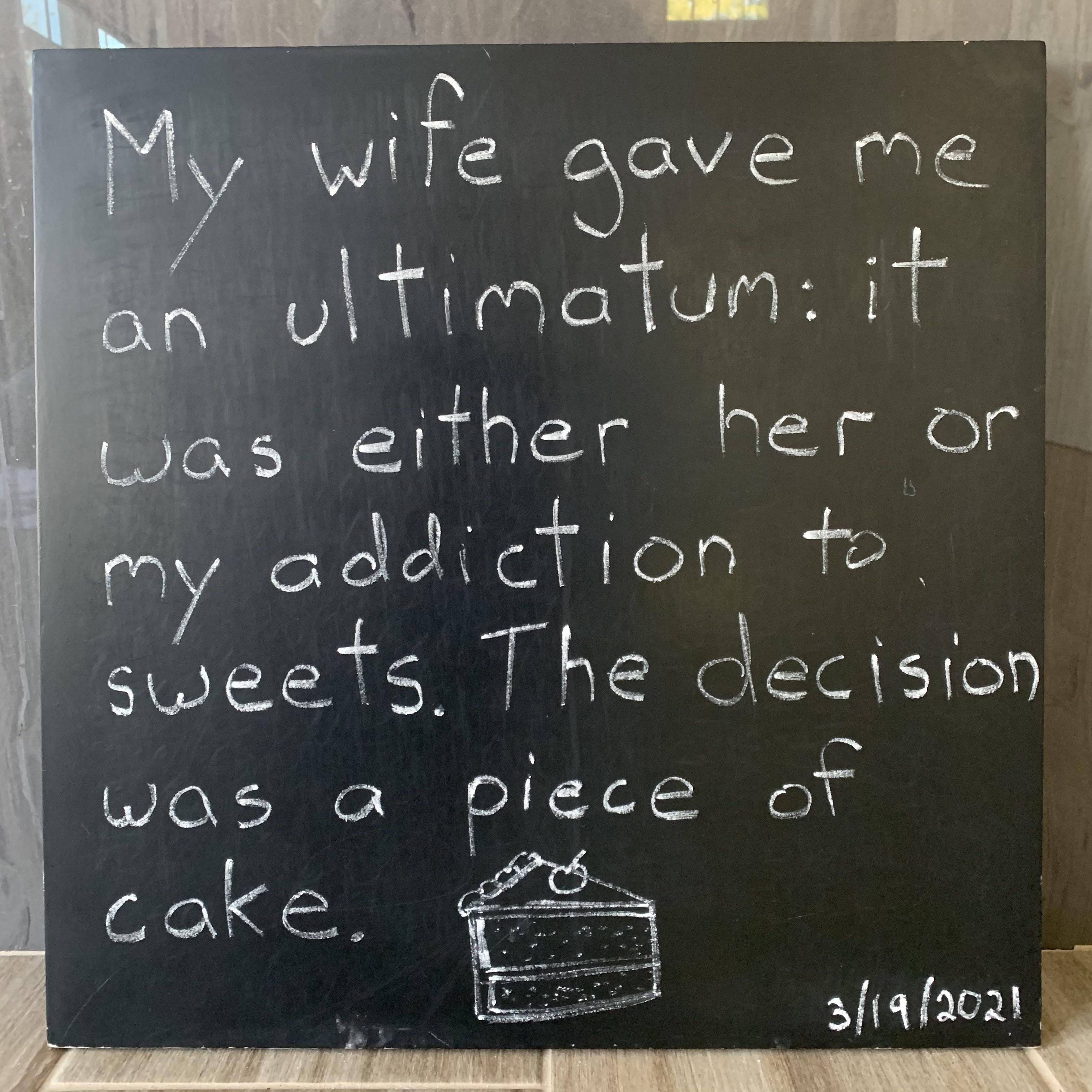 Idk I’d this is allowed, but thank you to all the dads and moms and parents who make life a little brighter. Even if your kid looks embarrassed or annoyed, I bet their mouths got the hint of a smile :). Me and my dad have had a rocky relationship, but he pulled a cheesy dad joke the other day and I couldn’t help but chuckle. Don’t give up! Keep cracking jokes!

Son: Do I need to turn out off and on again?

Me: No, this is The Secret Life of Pets.

The sweet music of exasperated sighs.

So that it could be the other side. Courtesy of my 6 year old. I’m so proud.

👍︎ 14k
📰︎ r/dadjokes
💬︎
👤︎ u/Degtyrev
🚨︎ report
Whenever we visited my Grampa's dairy farm, there'd be mud and cowpats everywhere, and my Dad would say, "I love dairy farms! Look at the dairy barn, and the dairy cows, and...

👍︎ 26
📰︎ r/dadjokes
💬︎
👤︎ u/DoomRulz
🚨︎ report
I dated a communist once. I had no idea. She seemed sweet. But it did NOT end well

Honestly I should have noticed all the red flags

I thought "the streets are strangely desserted tonight."

👍︎ 14
📰︎ r/dadjokes
💬︎
👤︎ u/billbrasky43
🚨︎ report
What does a vampire bite if he wants something sweet?

👍︎ 41
📰︎ r/dadjokes
💬︎
👤︎ u/hevlerius73
🚨︎ report
I’d say something sweet about the new Jacket I got for Christmas..

But I don’t want to sugar coat it.

When I got there, I took out my little brown bottle along with a teaspoon and laid them both onto the counter. The Pharmacist came over smiled and asked if he could help me. I said, “Yes! Could you please taste this for me?” Being I’m a Senior Citizen, I guess the Pharmacist just went along with me. He picked up the spoon and put a tiny bit of the liquid on his tongue and swilled it around. Then with a stomach-churning look on his face he spit it out on the floor and began coughing, gagging and turning green. When he finally was finished, I looked him right in the eye asked, “Now, does that taste sweet to you?” The Pharmacist, shaking his head back and forth with a venomous look in his eyes yelled, “HELL NO!!!” So I said, “Oh thank God! That’s such a relief! My Doctor told me to have a Pharmacist test my Urine for sugar!”

👍︎ 11
📰︎ r/dadjokes
💬︎
👤︎ u/andersonfmly
🚨︎ report
An hour before 5 in the morning is the best time to cook a sweet potato.

Because it's For a Yam! 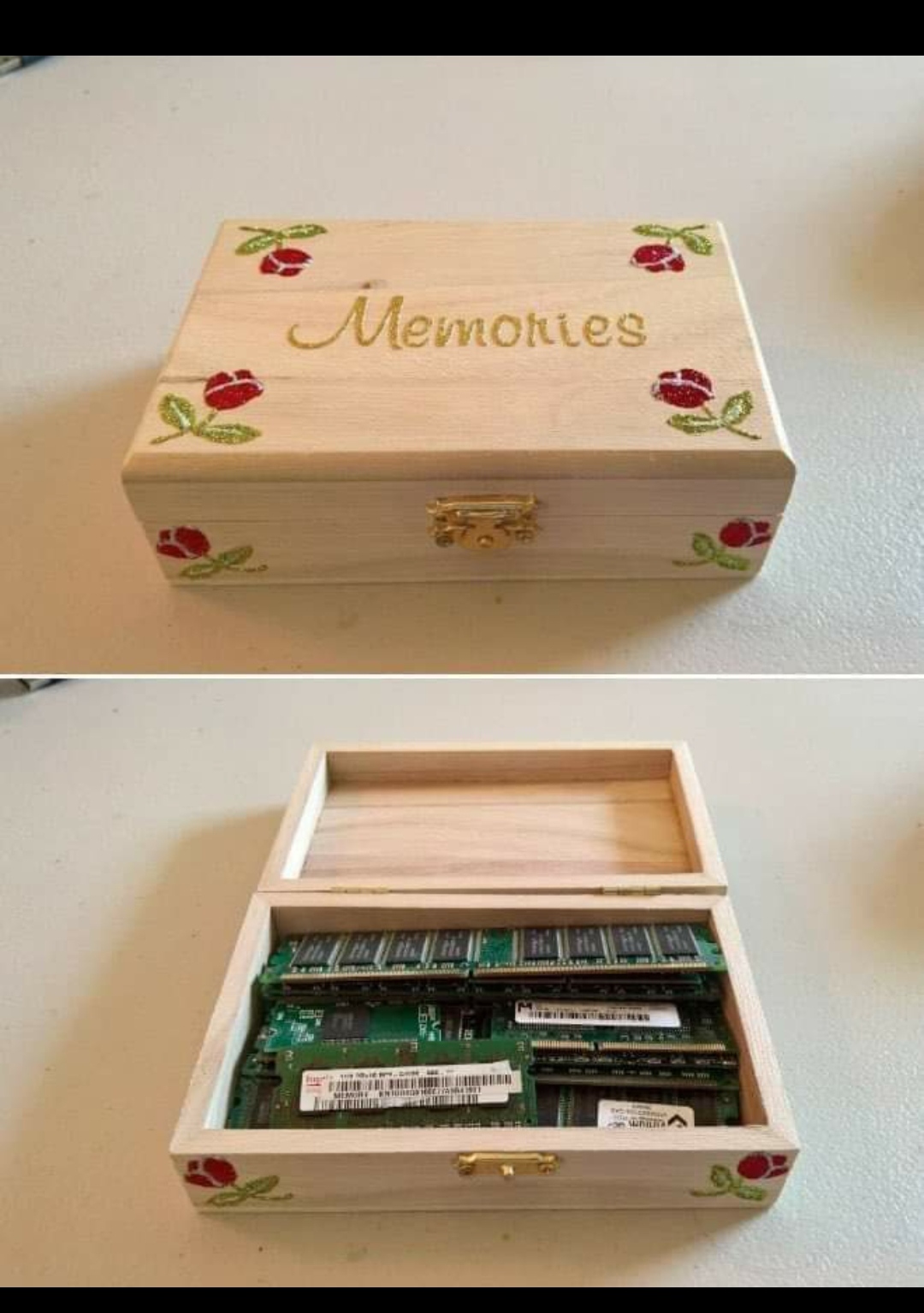 👍︎ 174
📰︎ r/puns
💬︎
👤︎ u/Fahim16
🚨︎ report
I recently found out my wiener doesn’t work anymore. I decided to have a funeral since it’s pretty much dead now. My sweet wife asked if anything would make me feel better.

I replied, Perhaps mourning would...

👍︎ 8
📰︎ r/dadjokes
💬︎
👤︎ u/legendary-jake
🚨︎ report
Did you hear about that famous chocolate factory owner who suffered from a penis accident?

👍︎ 16
📰︎ r/dadjokes
💬︎
👤︎ u/FalseAladeen
🚨︎ report
My friend knows just who he can trust in the seedy part of town to get him safe candy and sweets...

He has treat smarts. 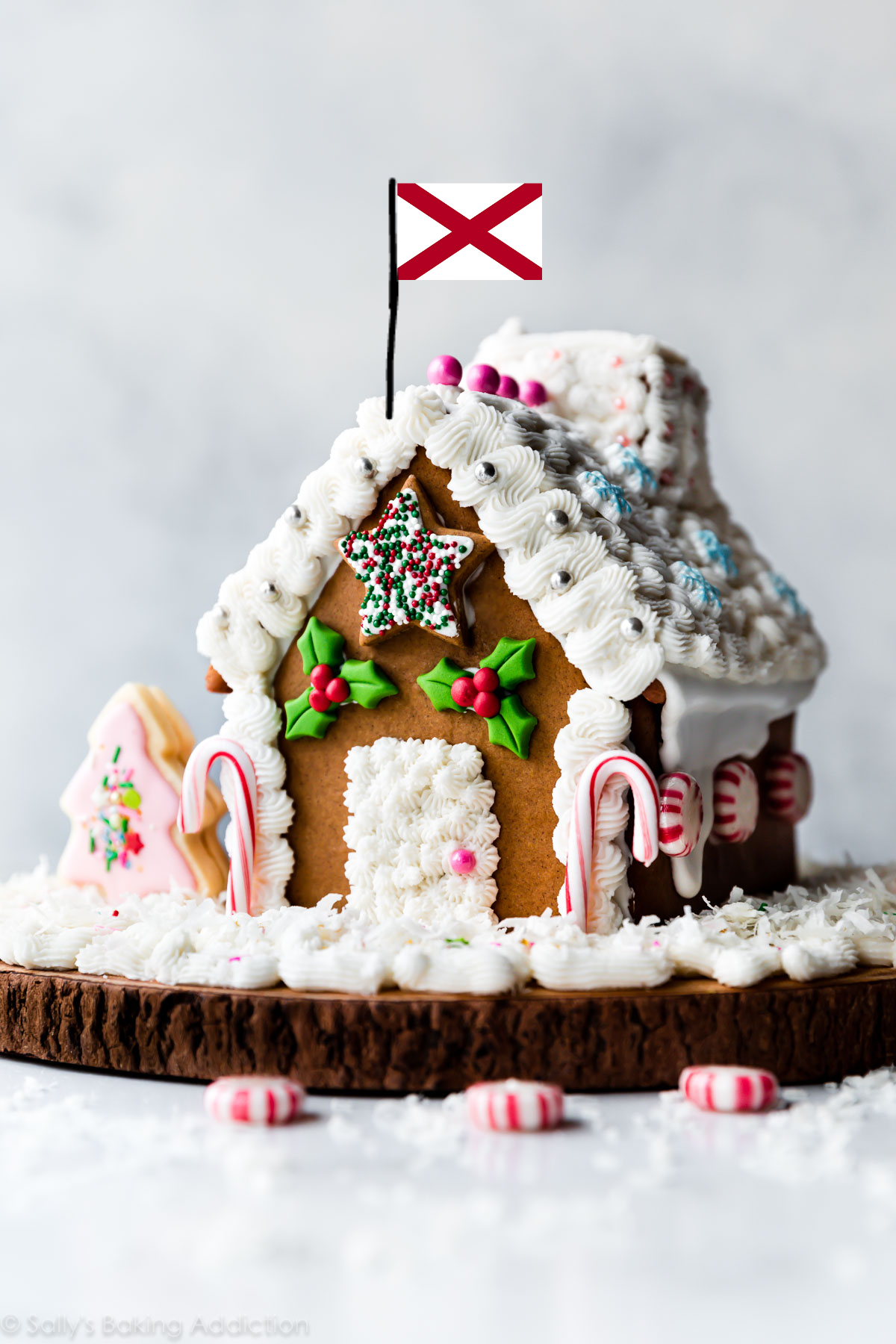 He was dead lifting.

Edit: Wow! Went to bed, went to work, checked this post, and holy hell did it blow up! Thanks for the awards, funny add-one and dad jokes! This sub is awesome!

Because he’d been a wafer too long.

👍︎ 78
📰︎ r/dadjokes
💬︎
👤︎ u/YankeesFan80
🚨︎ report
As we were driving down the road, "Sweet Caroline" came on the radio. I said to my son, "Little known fact, Neil Diamond used to be called Neil Coal."

"Until the pressure got to him." 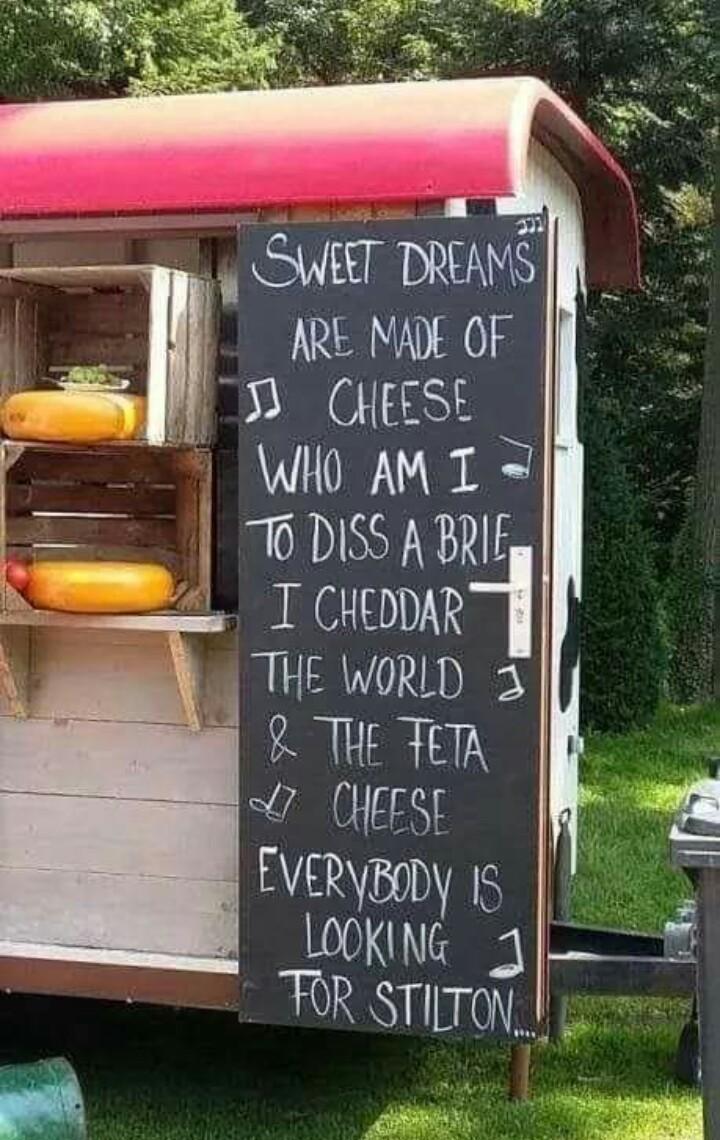 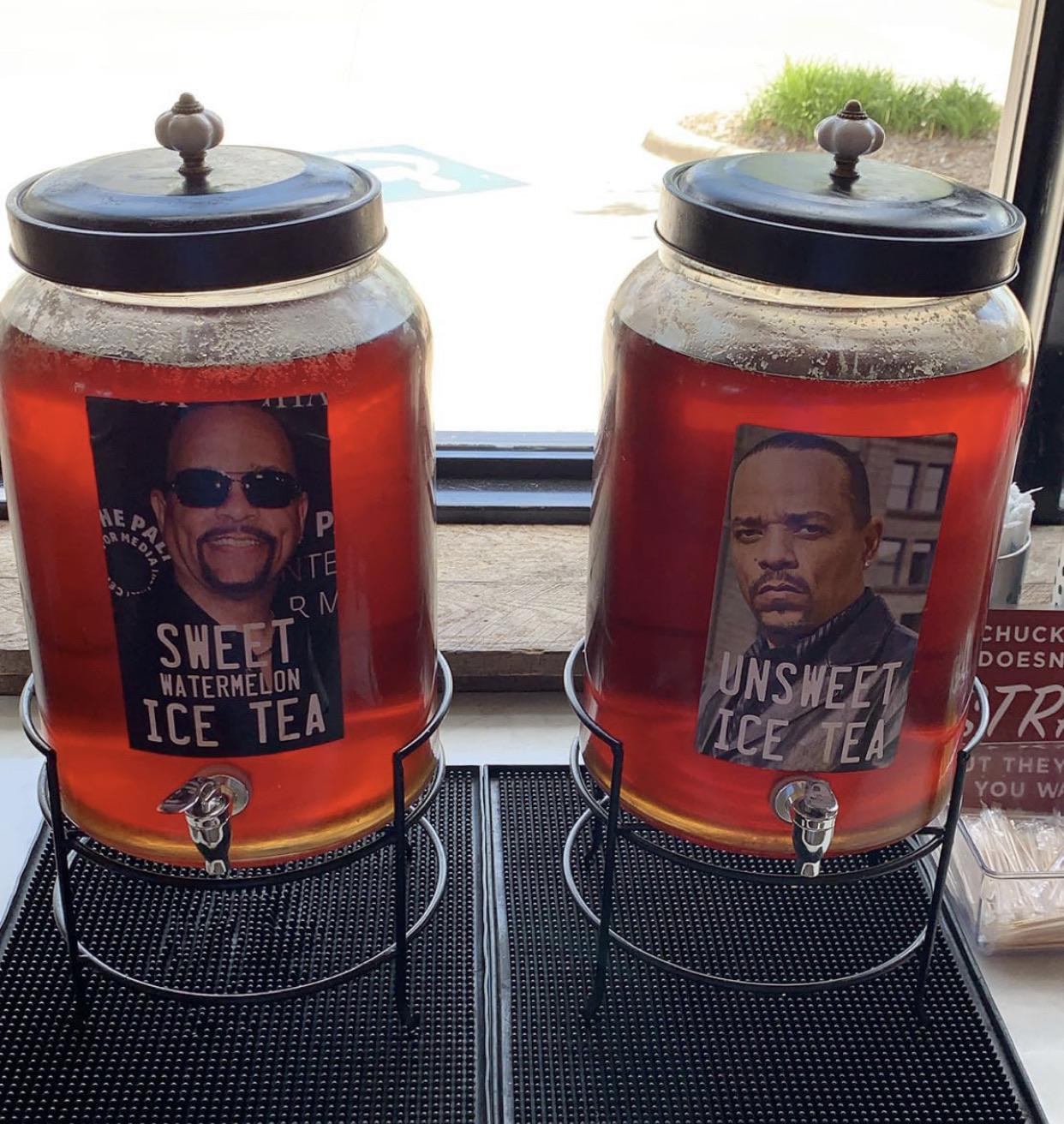 👍︎ 33
📰︎ r/puns
💬︎
👤︎ u/HugoTheAngryToe
🚨︎ report
My wife gave me an ultimatum. It was either her or my addiction to sweets.

The decision was a piece of cake.

Who am I to diss a brie?