They said I was weaving all over the road.

Like a Sophia has higher chance of getting pregnant in comparison of an Andrew.

👍︎ 6
📰︎ r/dadjokes
💬︎
👤︎ u/markandor_001
🚨︎ report
How did the Mob try to influence Marlin Brando’s character in ‘On the Waterfront’?

Or do they just plane ignore others?

👍︎ 21
📰︎ r/dadjokes
💬︎
👤︎ u/1997_Honda_Civic
🚨︎ report
They say you shouldn’t trust the media because that influences how you see the world...

In reality, you can’t trust light bulb manufacturers because they only show you what you want to see.

My line manager just said to me "my friend, he's a chemist, got married to this girl"

Me, while banging my head against something solid... "There must've been chemistry between them..."

👍︎ 7
📰︎ r/dadjokes
💬︎
👤︎ u/jordy_fresh
🚨︎ report
What do you call an educator under the influence?

👍︎ 1k
📰︎ r/dadjokes
💬︎
👤︎ u/hutimuti
🚨︎ report
What do you call a multilingual under the influence?

👍︎ 9
📰︎ r/dadjokes
💬︎
👤︎ u/i_dont_have_a_name_
🚨︎ report
Need a name for a pig with Mexican influence that's a pun. Can anyone lend a hand?
👍︎ 36
📰︎ r/puns
💬︎
👤︎ u/neozan
🚨︎ report
The driver was charged by police for driving taxi under influence of alcohol.

Police said he was intaxicated 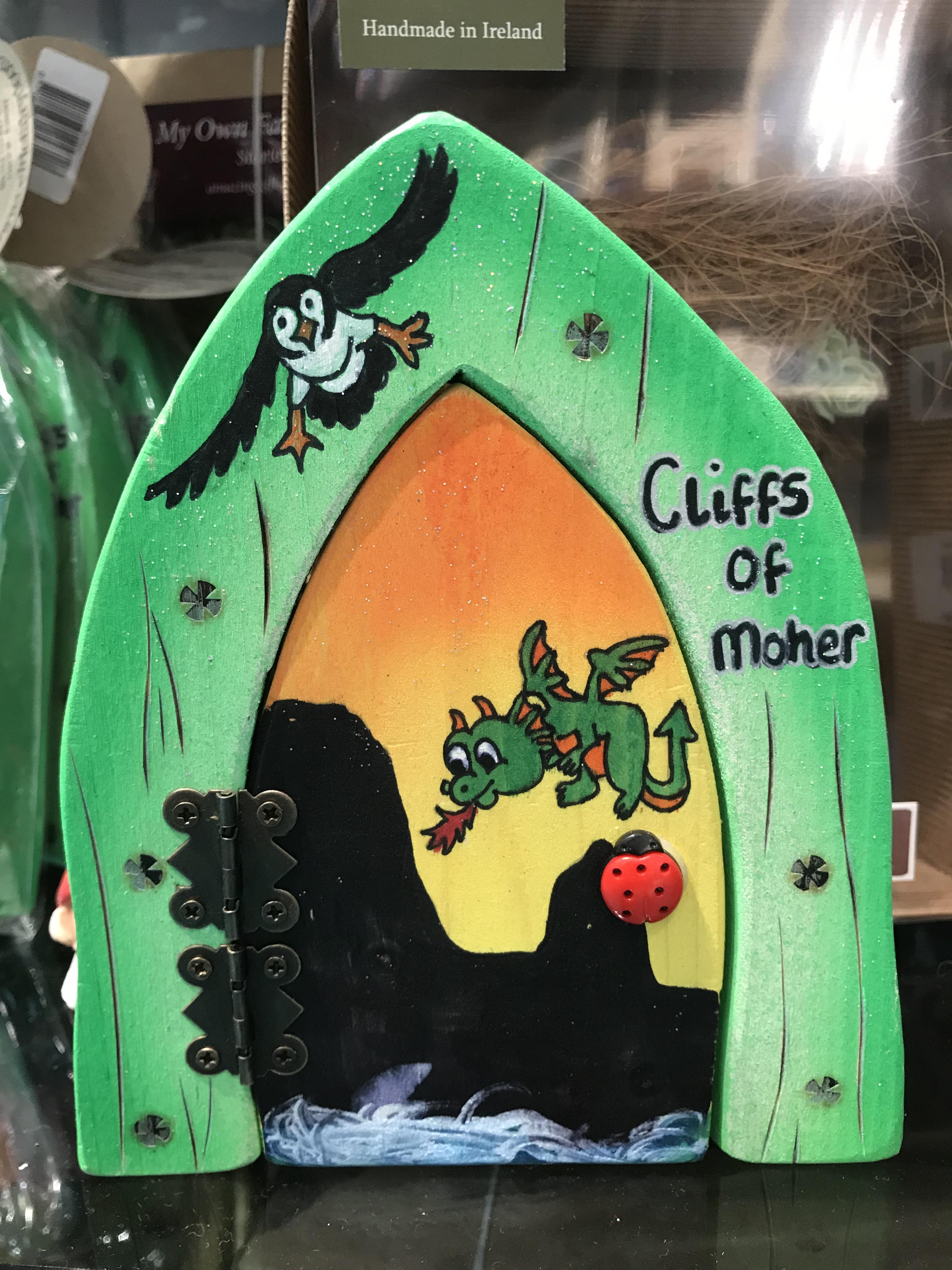 Everytime I see her I get stoned

you just need to know your limits.

After yesterday's hockey game there is proof of Russians influencing the Capitals!

Now K never calls people so I was surprised that he was calling me, and was even more surprised when the first words he said when I picked up where, “Acriloc you’re a bad influence on my brother.”

I was shocked at such an accusation, wounded even and asked why. K then proceeded to tell me how when he was at work he slipped on a recently mopped floor and fractured his arm. A coworker of his dropped him off at the ER where he decided to text his brother C, someone whom I’m friend with as well, while he waited.

C asked if K was ok, and how since K works in a kitchen what’s he going to do if he can’t use his right arm for a while. K then told C how he tends to practice using his left arm just in case anything like this would happen, and though he won’t be able to do everything he did in the kitchen he’ll still be able to work and help out.

C responded with, “I guess all that practice came in....handy.”
Causing K to burst out in laughter in the middle of the ER waiting room, filled with people who are in pain and not having a pleasant day. The amount of death stares he got from people as he was laughing while trying to point at his phone and explain he’s laughing because of a lame joke his brother sent him was quite the sight to behold apparently.

Apparently I am to blame for all this because C used to never make jokes like that until he met me since I try to find any excuse to make a dad joke.

Each time you light with a lighter, the lighter gets lighter untill the light so light that it will not light 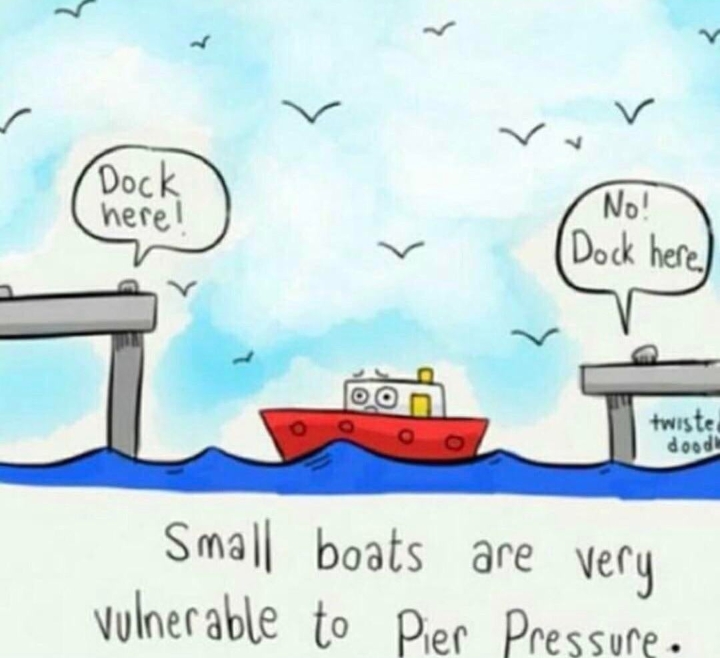 👍︎ 61
📰︎ r/puns
💬︎
👤︎ u/ntn_98
🚨︎ report
What do you call an influencer who makes videos about brass instruments?

👍︎ 5
📰︎ r/dadjokes
💬︎
👤︎ u/Titelbech
🚨︎ report
What do you call an influencer who has the flu?

Parents don't tell their kids to straighten up anymore.

A blonde, wanting to earn some money, decided to hire herself out as a 'handy-woman' and started canvassing a nearby well-to-do neighborhood. She went to the front door of the first house and asked the owner if he had any odd jobs for her to do.

"Well, you can paint my porch," he said, "how much will you charge me?"

The blonde, after looking about, responded, "How about $50?"

The man agreed and told her that the paint and other materials that she might need were in the garage.

The man's wife, inside the house, heard the conversation and said to her husband, "Does she realize that the porch goes all the way around the house?"

The man replied, "She should; she was standing on it. Do you think she's dumb?"

"No", replied the wife. "I guess I'm guilty of being influenced by all those 'dumb blonde' jokes."

A short time later, the blonde came to the door to collect her money.

"You're finished already?" the husband asked.

"Yes," the blonde replied, "and I had paint left over, so I gave it two coats."

Impressed, the man reached into his pocket for the $50.00 and handed it to her.

I told my 5 year old daughter that the colored soap in the car wash was "so pretty." She responded, "dont you mean SOAP pretty?"

You can see this in one of their hit singles “Minoan me, Minoan you”

Citing the evidence that it runs in your jeans.

I was arrested for speaking out of line. I was protesting against the injustices facing our community, the harsh taxes and oppressions that have faced my community for years. The cruel and unusual punishments especially. Our town is small and insular, so outside influence is heavily resisted by our small town government, but despite that, my friends and I have pushed on, resisting our mistreatment and misery. But as you know, I was arrested. Surprisingly, I wasn't jailed or executed. I was beaten. They had us in a row, lines up facing our tormentors. The would-be executioners merely thrust their fists upon us. It was brutal. While there, I though to myself, "Huh, I guess this is the punchline."

👍︎ 5
📰︎ r/puns
💬︎
👤︎ u/TheTalkingSandvich
🚨︎ report
Seems like my dad's sense of humour is influencing the young mind of my sister who said this just then.

Sister: How does a hunchback sleep?
Me: ... On their side?
Sister: No they close their eyes.

I always tell her the awesome jokes that I find here and other places. She rolls her eyes ninety percent of the time, as one would expect.

Her: Aww, it must be because you're such an electri-cutie

I was so proud, it nearly brought a tear to my eye.

There was an evil wizard who hated mathematics. One day he decided that he would end math once and for all, by capturing the 10 digits, and locking the away forever in his secret prison. So he cast his spell, and all the digits, from 0 to 9 were under his influence. He put them in his magic sack and rode off to the prison. When he reached the prison, he opened the sack. To his horror, there were not 10, but 9 digits there. After searching thoroughly he realized that...it was the 1 that got away.

is you don't talk about, mention, speak of, discuss, orate, recite or chat about Thesaurus Club.

I got a bad case of influencer

is cracking me up!
Courtesy of a friend of mine

My pastor was talking about the influences of mothers in our lives... He proceeded to talk about how his daughter danced and had pleased Herod, and he offered her anything she wanted, up to half the kingdom. The dancer consulted her mother, who said she should request John the Baptist's head.

This, he informed us, is how to get a head in life.

My professor and I were emailing about the final project I had recently submitted when I decided to take the time to thank her for being so helpful. Professors that make classes easier to understand and add a little humor to their lectures deserve all the praise in the world, and mine was no exception to that. This was also my first class that wasn't a general education course, starting me on an MIS degree.

I emailed her saying something along the lines of,

"Thanks for being so helpful throughout the semester, this was my first MIS class and you really gave me the confidence I needed in knowing I was doing it right."

I followed with "Thanks for making this class so interesting, I will be transferring to (insert new college here) to continue earning my MIS degree. I think it's safe to say you influenced my decision to a certain degree. Hah! Certain degree, get it?"

She called me over after next lecture to tell me how bad my pun was while groaning and chuckling. No regrets.

👍︎ 31
📰︎ r/dadjokes
💬︎
👤︎ u/NoOneLikesNebraskans
🚨︎ report
My wife was thinking of names for a new face cleanser she made.

She made a face cleanser that is influenced by Asian ingredients. It makes you stay young for way beyond your years so she was thinking about calling it Youth in Asia.

Dad and I were having a semi-serious discussion on privacy laws, the internet and stuff like that.

DAD: I was reading a study the other day, and you know what country receives most spam e-mails per citizen by day?

ME: No, I didn't even know the country would influence that...

DAD: Yeah, turns out SPAIM is on top of the list...

DAD: (laughs like a fucking maniac for almost a minute)

We were playing Scrabble and my father asked if I could get music on my phone. I pull up Pandora and after a few songs I ask if he'd like any more influences because all it played was Chris Cornell and his few bands. He told me to add The Doors to it. Few songs later, The Who started playing. He proceeded with "Who came through The Doors?" and he laughed at his joke for a good minute or two.